Its funny how quickly things happen.

After scouring the internet for placements and opporunities for what seems like an age, I was starting to get jaded.

That was until I received an e-mail from Benedict Sampays. Benedict is a director who has produced short films on both 16mm film and digital formats, as well as recently completing his first 16mm feature. I answered his advert looking for producers and assistants on industry website mandy.com offering any help I could.

The e-mailed asked if I was free for a phone interview to do with helping with his next feature, which has the working title of Who Killed Randall?

The phone interview also took a turn for the surprising. After discussing the project, budgets and any ideas I had for the projects, Benedict offered me a position as a full producer. This will mean budgeting, scheduling, casting, hiring crew and organising the logitics of the shoot. There will also be the role of marketing, organising festival screenings and atempting to sell to a distributor both the new project and Benedicts last feature Queen of the Forest (now in post production).

In return I will be entitled to phone calls and petrol used on the shoot, food during the shoot paid for and 10% of any profit from the hopeful sale of the film.

The film will be low budget (although the official term for any production under $100,000 is no budget), coming in at between £10,000 and £40,000, which all depends on the level of equipment selected and the outcome of potential investment.

But right now, in the space of a day, I have officially become a film producer!
Posted by Michael Beddoes at 12:51 No comments: 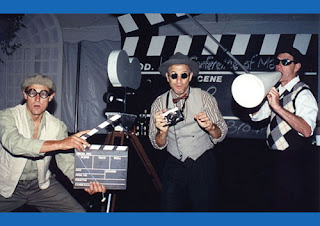 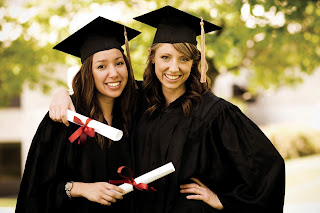 When trying to get ahead in any industry, there is nearly always the debate about whether education is worth more than hands on experience, or vice versa.

After looking at all of the possible routes to become the best producer I can, a compromise answer has been reached. I will apply for every piece of experience I can find, while also applying for a position on a Masters.

In the UK, there are only 3 producing Masters courses that are Skillet and UK Film Council accredited, Bournemouth, Royal Holloway and the National Film and Television School (NFTS). NFTS has a two year Masters, where as the other two courses are a more traditional one year set up. This is not the only major difference, with NFTS running on calender years (Jan to Dec) rather than academic years (Sept to Aug)

Royal Holloway has its producing building based on the corner on Bedford Square, behind Tottenham Court Road in the centre of London. This gives it fantastic access to Soho, the centre of UK film and TV producing. There were no open days sceduled for the Producing for Film and Television course, so I e-mailed to see if I could visit the building. A week later I found myself sat opposite Gillian Gordon, the head of the course, discussing the course structure and film making in general.

Another week after that, I managed to get myself on an official open day at Bournemouth. Despite its great reputation and knowledgable staff, I have been discouraged by how far it seems from London and the fact that the head of the course admitted that the structure concentrates more on television and digital production.

NFTS has yet to publish an open day date for its producing course, although a massive discouragement has been the £7500 a year fees!

At present, a formal application has now been made to Royal Holloway for September 2009 entry, and an application to NFTS will be prepared and submitted in March/ April for a January 2010 start.

On the experience side of things, various website, such as Mandy.com have provided places to network and try to offer services as a runner or assistant on music videos, short films and even low budget features. We will have to see what this yields for someone such as myself with limited experience.

Networking through sites such as Facebook has also introduced me to friends of friends with aspirations of working in film. From this I have been working on the idea of creating a crew all willing to work for free for mutual experience and their name on the credits.

At present, a short play has caught my eye that was written by someone I know, so I will be asking whether they would grant me the rights to create a screenplay based on their work.


Posted by Michael Beddoes at 09:46 No comments:

Meeting People in the Industry

In an attempt to learn as much as I can about not only the physical process of producing, but also the industry in general, I have been attempting to meet people with varying experiences.

The first of these meetings was with Professor Brian Winston. Professor Winston is the Lincoln Chair of Communications at the University of Lincoln. He won an Emmy in 1985 for documentary script writing and has worked within current affairs programming. We met at the Brayford Campus of the University of Lincoln and discussed the difficulties of working within television. I found this insightful and sobering, and it illustrated to me how tirelessly I was going to have to work to even be given the opportunity to work.

Through a purely chance discussion, I found out that living in the next village to me was an American TV producer. Cyrus Yavneh's two most successful projects are Season One and Two of 24 and Seasons One to Three of Supernatural.

I wrote a letter to Cyrus, explaining that I wished to be a producer and that any advice he could offer would be greatly received. Knowing that 90% of letters written to people in film and TV end up in the bin, I did not expect to hear anything more about it. Two months after the letter was sent, I received a phone call from Mrs Yavneh explaining that Cyrus was in America and would be free for a chat when he arrived home for Christmas.

Three days before Christmas, Cyrus rang as promised, and we discussed the various roles of producers and the different ways to make yourself appeal to the 'suits'. This phone call was followed up with a coffee and a meeting in a local cafe. Since then, Cyrus has returned to the States to try to secure funding for a feature film he is currently working on.

In both Professor Winston and Cyrus, I feel that I have experienced contacts that I can get in touch with should I have a question that I need answered. 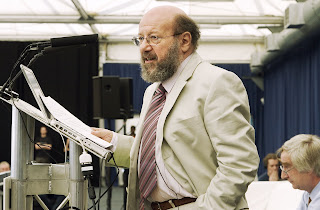 Posted by Michael Beddoes at 02:00 No comments:

Let me start with a quick introduction. I am Michael Beddoes. I am 24 years of age. I hold an undergraduate degree in Journalism for the University of Lincoln. And I want to be a film producer.

Since I can remember, I have wanted to work in television or film, but due to advise given while still at school, I was discouraged from taking this career path.

As the undergraduate degree came to a close, the urge and need to make movies or TV started to creep back in.

Two years later, after working for the Student's Union at the University of Lincoln, a few people who knew me well commented that the skills earned during my degree and time at the S.U. would set me up well for a career in producing.

Another six months has passed, many books have been read (including the excellent 'Raindance Producers Lab' by Elliott Grove), many web pages viewed and various industry people spoken to.

In trying to reach my dream career, I have applied to various posts and taken on a few opportunities to expand my experience. This blog was the idea of one of my former journalism tutors, documenting the journey, whether that be a successful one or not.
Posted by Michael Beddoes at 01:39 No comments: