At the end of last month I was invited back to deliver a talk on short film making with the Masters students studying producing at Royal Holloway, University of London.

During the talk I got to screen our three complete shorts for the students to see what they thought.

This years group of students seem a driven and enthusiastic bunch of guys, all seemingly working hard on their own projects, some of which sound brilliant. Genuinely excited to see what they do next.

It felt kind of strange to be sat in the very room at Bedford Square, where for a year I sat, listening to the guests who would come in to chat to us. To suddenly become one of those people was something that I couldn't really comprehend.

I would like to thank Ceci Dempsey who is not only a brilliant head of course but also a fantastic person.
Posted by Michael Beddoes at 01:28 No comments: 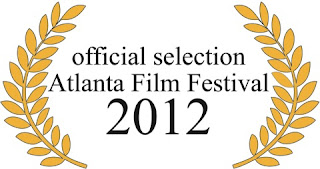 Last week we received the fantastic news that our project 'Meeting Daddy' has been selected for the 36th Atlanta Film Festival. It is brilliant news to be picked for any festival, but it's an even more incredible feeling to make it into one from the Academy Awards list.
I'm most happy for the cast and crew, as a festival appearance rewards all of their hard work and allows other people to view it on the big screen. Making a film is always a nerve racking experience, so for the director Rebecca Rycroft, I was so thrilled for her for the achievement of her first short behind the camera.
We have been confirmed to play in the BBC America Narrative Shorts block, which means we screen alongside five other excellent UK shorts. Proving that filmmaking is an extremely small world, 'Tooty's Wedding' is also playing in the same programme and is co-written, produced and starring the lead actor in 'Meeting Daddy', Ben Willbond. It must be an amazing feeling for an actor to feature as the lead role in an festival selected film, but to be in two in the same selection at the same festival must be even more so.
At this point, I need to mention Clementine Starling, who was sensational playing Ben's daughter, character title "Girl". She brings the likability and vulnerability to a character that so easily could have come across selfish in the wrong hands.
The whole crew on this shoot were a blessing, coming in and working insanely hard with very little budget available and very little time, to make a short we are all proud of.
Posted by Michael Beddoes at 13:57 No comments: 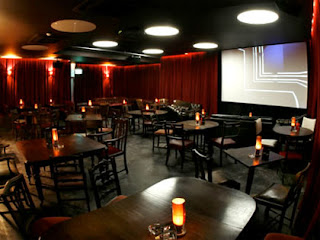 On Saturday 4th February we finally got a chance to show our new short comedy 'Womble' to cast, crew and friends.

The event was held at The Roxy Bar and Screen in Borough and an unexpectedly huge turn out of over 80 people braved the cold to come and see the movie.

Director Robert Pirouet, Exec Producer Edel Kavanagh and myself showed up an hour early to make sure the film would play without a hitch. But alas,, even five full run throughs did not guarantee a smooth running of the screening, with the film grinding to a halt not once but two times. Luckily everyone was in good humour and on a third attempt it played.
Always heartening to hear people laughing along to a film you have made, often in places you expect and sometimes in places you had never picked up on.

It was fantastic to see everyone who came. I suppose the one downside to these events (if it can be called a downside) is that there are so many people there that it means you don't get to chat to anyone fully. It was gutting for example not to be able to have a proper catch up with our lead cast Will Smith and Ben Willbond to hear how everything was going with them (this is something I will right soon enough, as suggested lunch to have a chat and say thank you to them for their hard work and performances).

I would like to once more thank absolutely everyone who came to see our little comedy and gave us heart warming feedback.

Next challenge is a festival and promotion meeting with Rob and fellow producer Emily Smith on Saturday 18th to discuss approved stills, press packs and extended submission plan.
Posted by Michael Beddoes at 05:53 No comments: 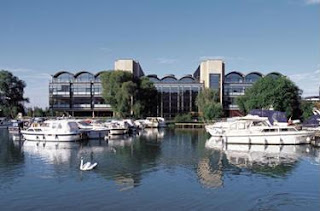 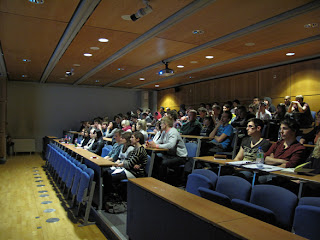 I was seriously impressed with the level and enthusiasm of the questions posed by the students afterwards. Even when the lights went up, a large number of students came forward to ask about subjects ranging from how to produce a project from nothing through to market research before starting a business. We decided to take this discussion to The Shed (a bar near the lecture theatres) to continue with answering all I could.
The next day, I was greeted by a number of very complimentary e-mails and tweets about the lecture, which considering the cold, I was over the moon to hear. The students seriously impressed me with their level of knowledge and passion for their subjects. I hope to be able to return again one day to do another lecture.
It has now been confirmed that I will get to deliver a lecture on making short films to the MA Producing Film and TV course at Royal Holloway, University of London on 24th February this year.
Posted by Michael Beddoes at 13:27 No comments: 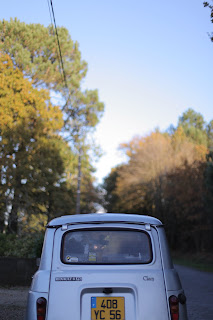 At present we are in post production on a short film called 'Lolotte'. This is a French language drama, shot on location in Brittany. It is our second co-production with Buffalo Picture House from New York, after we worked together on 'The Third One This Week' back in 2010. We love working with these guys, as they have a fantastically talented core production team.
The crew came from the UK, New York, Paris and Brittany for the project, which was a new experience, but also a fantastic one that I would repeat again.

There will be more updates on 'Lolotte' coming soon, as a very rough first assembly is expected before the end of February.
Posted by Michael Beddoes at 14:46 No comments: